Let’s All Go To The Drive In: The Basin Drive-In Veterans Car Show ​For several decades taking the family out to the drive-in for a movie was as American as apple pie and baseball. It was burned into our cultural psyche as thousands hopped into their cars and took in a motion picture at one of thousands of "motor views" that used to stand all over this great country.

Sometime in the 1980's Between cable TV, the VCR and later the DVD people stayed home to watch a movie. Coupled with land prices far exceeding what was usually sitting on top of the land developers scooped up many drive-in theaters and converted the land into shopping centers and housing tracts. The drive-in theaters operating today are few and far between but are still around if you know where to look for them.

In 2019 Utah is a rare anomaly as far as western states go by being home to five drive-in theaters that are still in operation. The Basin Drive-In in Mt. Pleasant, Utah is one of those five. Opening in 1958 it has served the Sanpete Valley every spring through fall since that time. Even the burgers sold at the Basin's snack bar are the stuff of local legend.

On June 30, 2019 they along with a local upholstery shop in Mt. Pleasant hosted their 4th Annual Car Show. This was my first trip down for this event and I was told that this was the largest turnout in the event's history up to this point. Not large numbers considering how many cars and car shows we have here along the Wasatch. But a turnout with over 50 cars is something they are proud of, and should be.
A varied mix of classics, rat rods, original restored vehicles, trucks and muscle were all in attendance for a show in the environs of a vintage drive-in movie theater; A great idea if there ever was one.

Earlier that evening the organizers invited everyone to take a lap on Main Street for a cruise. Main Street in Mt. Pleasant is part of historic US Highway 89 which runs through the center of Utah and adding some classic cars to the architecture there makes for a great visual backdrop.

Classic rock from the 60's and 70's was the musical diet as a DJ from the local radio station emceed the event. Following the awards and after a smattering of giveaway prizes were handed out as dusk was approaching the classic "Cannonball Run" from 1981 was shown on the big screen. Save for the set-up menu displayed prior to its showing from the digital projector it could have easily been 1981 or earlier all over again….

The money raised from the sale of tickets, both for the movie and the giveaway prizes, coupled with vehicle registration fees went to the local VFW in Mt. Pleasant. Giving back to those who gave so much for all of us so we can do what we do every day.

Car shows at drive-ins are nothing new. Many still occur in the Midwest where there are still several drive-in movie theaters still in operation. The fact that Utah still has drive-ins open in West Valley City, Erda (Tooele), Roosevelt and Riverdale (Ogden) in addition to the Basin means that no one has any excuses to not hitting the drive-in once before summer becomes a memory. Taking a classic only makes the experience all the much better.

Until next time….
See you out and about and keep the rubber side down.
Cheers! 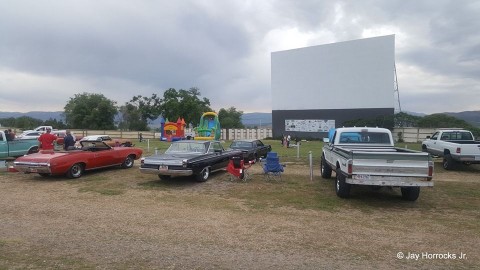 ​The front row of the drive in. Complete with a grassy area with bounce houses for the kids for this event. Reminiscent of the playground equipment some drive-ins had up by the screen back then. 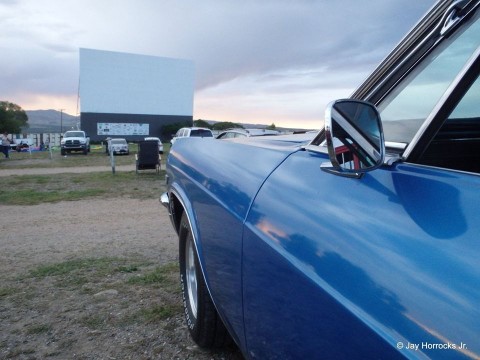 Prior to dusk, with a few clouds hanging over, I was just settling in for the show to start. 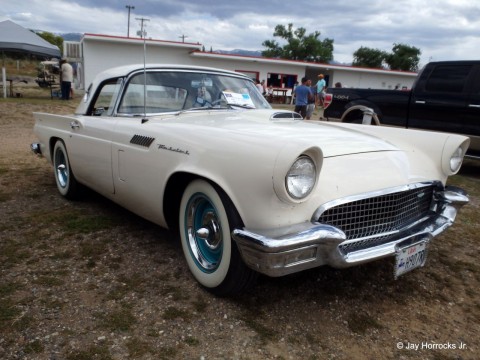 A drive-in movie theater without a T-bird on site would be just plain wrong. 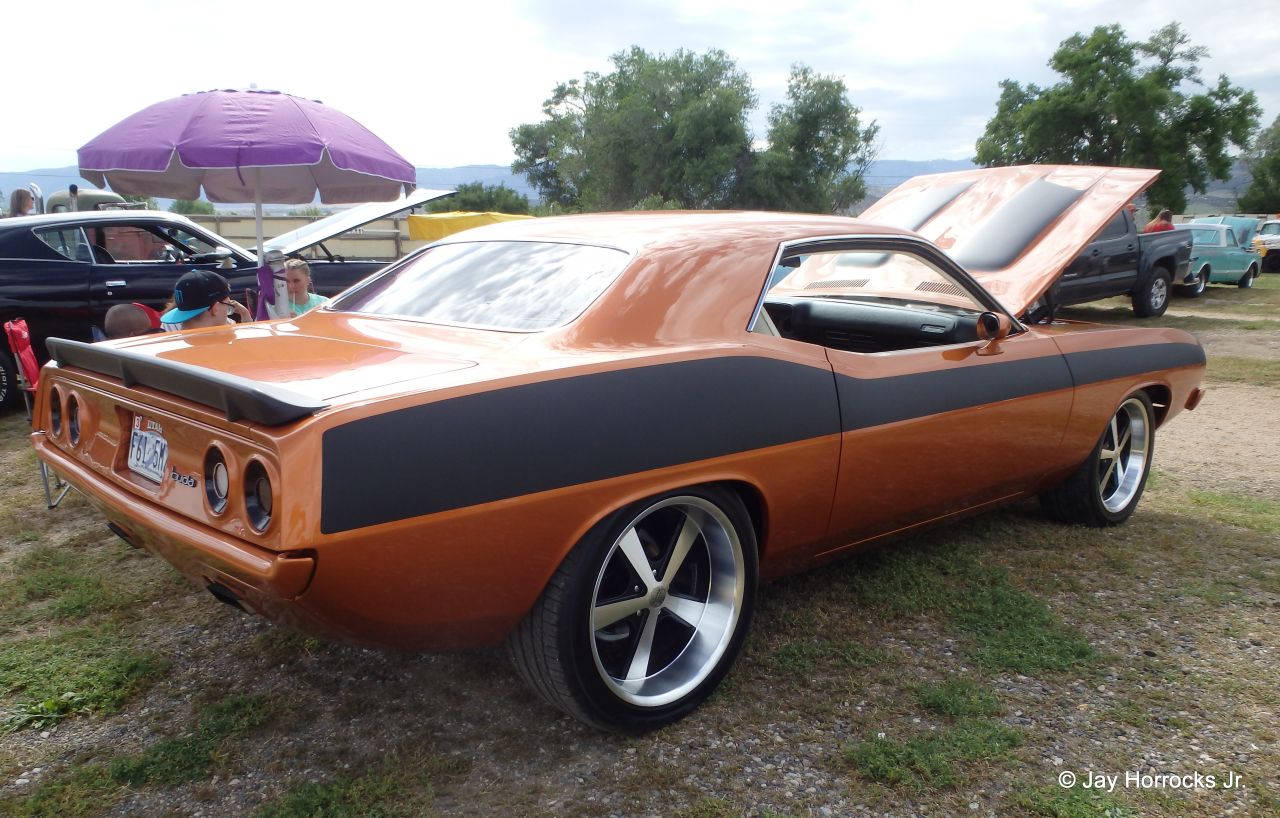 ​A highly customized Plymouth Barracuda was one of the several cars at The Basin for the car show and waiting to take in a movie. 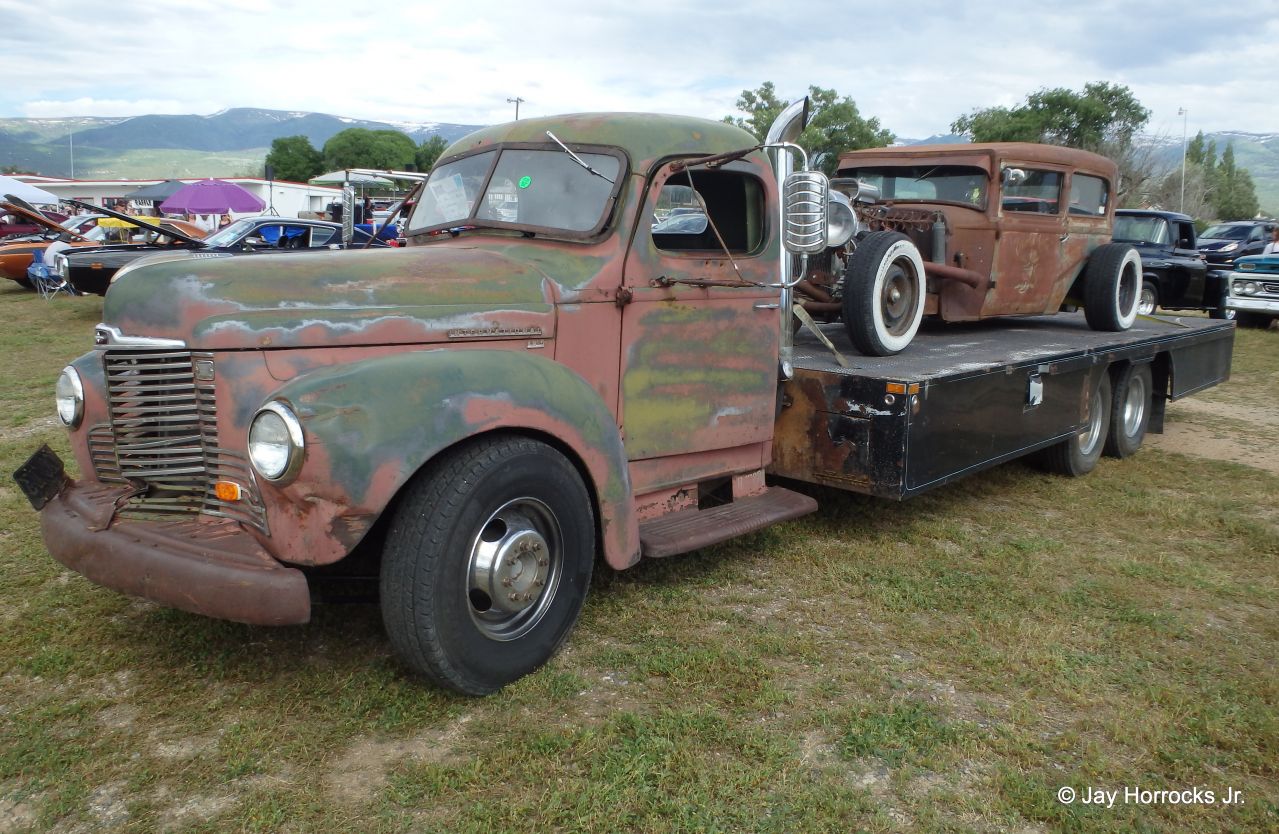 ​An International heavy hauler piggy backing a sedan in the rat rod style was a popular sight for many. 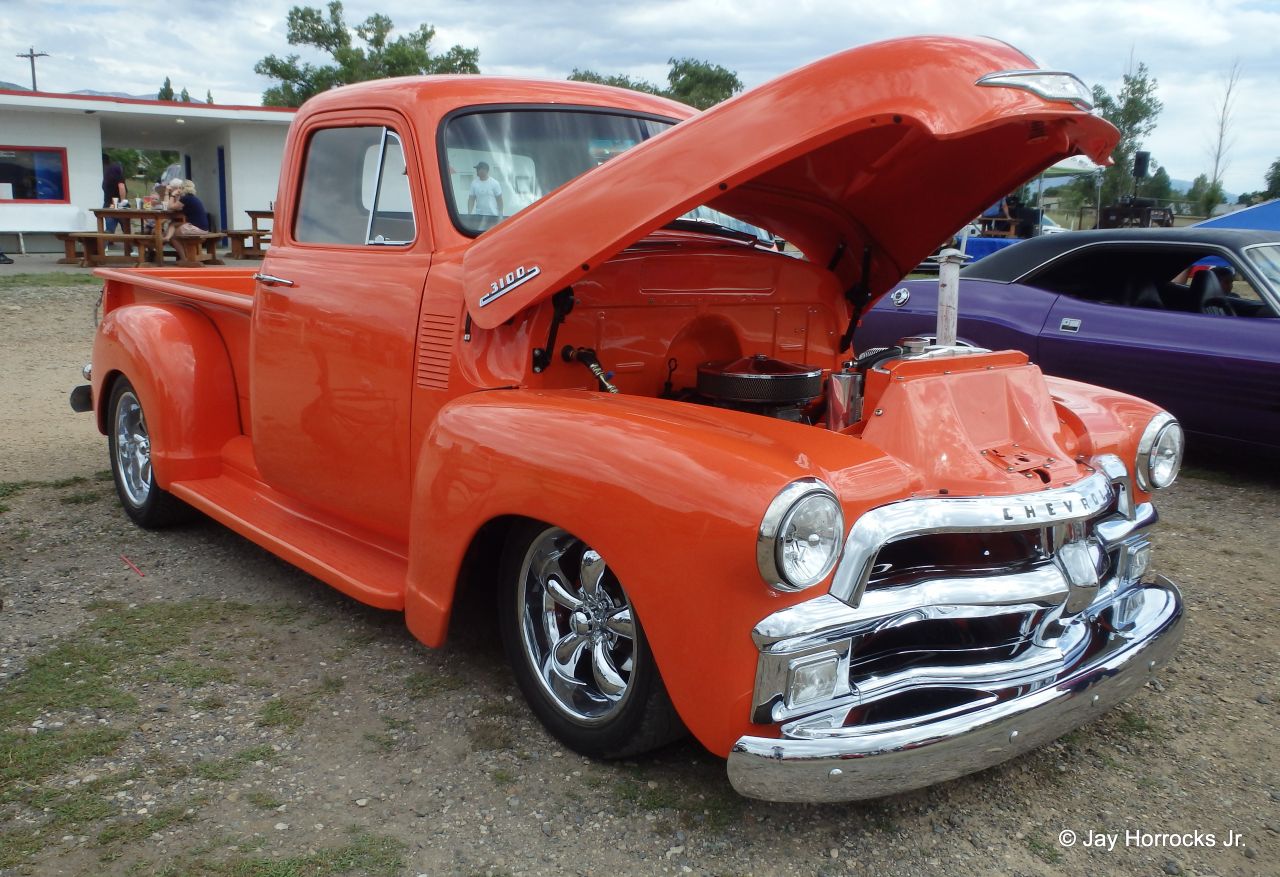 ​This orange '54 Chevy Truck immediately caught my eye after leaving the snack bar with one of The Basin's legendary burgers.

© All text and photos 2019 Jay Horrocks Jr. unless otherwise noted.

There are no comments posted here yet

By accepting you will be accessing a service provided by a third-party external to https://hotrodtime.com/

Juniors66
View all posts
Juniors66 has not set their biography yet...